These pictures were taken during a laning weekend in Wiltshire, it is a byway and it is a mystery as to why this lane has been left to deteriorate over the years when the surrounding lanes have been hardcored & gravelled so as to be driven by XR3s. The approach is over the middle of a ploughed field with no defined track – so getting to it is interesting.
The first series of pics are of Pat negotiating the huge, deep bomb hole / mud run at the beginning of the lane. John in his Disco and myself in the 90 had already gone through & removed much of the water. Andy (passenger with Pat) had his feet on the dashboard clear of the water – Pat was in water over his ankles – perhaps he should have doors that fit. Pat got stuck in the deep ruts with water pouring from the doors. The ruts were so deep that even John & I with big tyres & 2″ lift could not get out of our cars. We both became stuck several times in the first few hundred yards & as the Disco & Range Rover were on smaller tyres, it was decided to abandon the ruts and at a suitable point in the linear wood, escape into the field alongside. John managed to winch out of the ruts opposite a break in the hedge & drove back to assist the Disco. Pat managed to winch out of the ruts & onto the side of the ruts allowing him to come alongside & tow me free to allow me to drive to the break where John had winched out. Mission accomplished I was called back to assist John in winching the Disco out of the ruts. We eventually had to use Pats winch as well as mine to pull the Disco clear. The last pictures show my 90 being used in the attempt to winch the Disco & Jons 90 on the escape route. It took me 2 weekends to clean my vehicle properly – the Wiltshire mud is exceedingly tenacious. 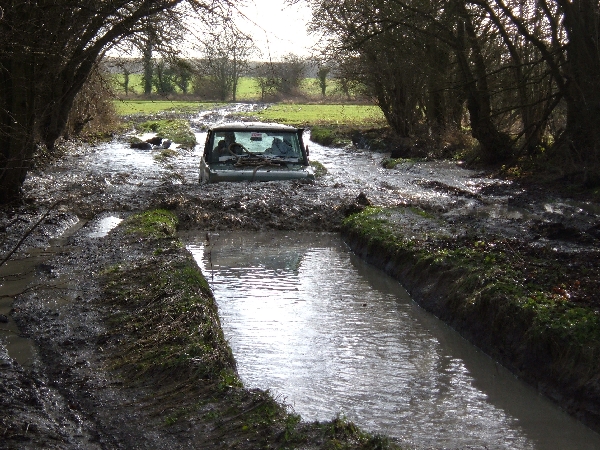 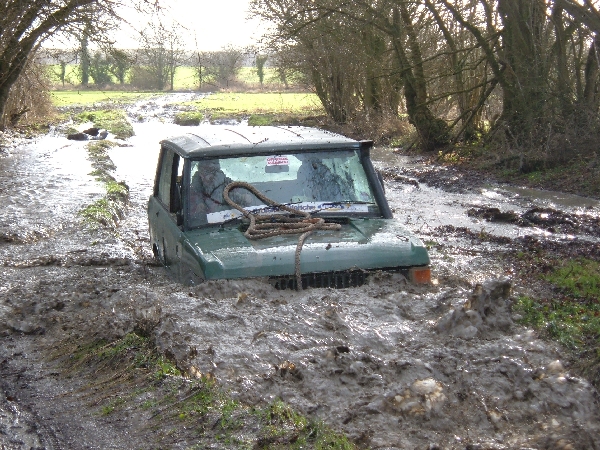 Coming to the end of the water splash, you can see how deep it was 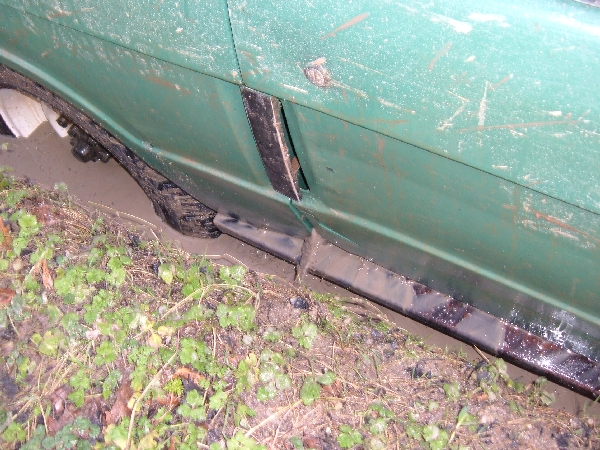 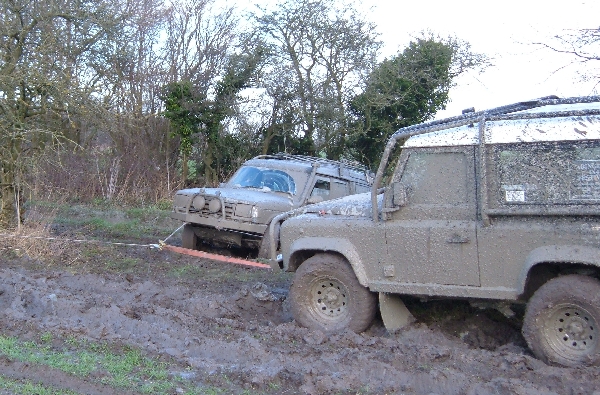 Two winches required to get a Disco down this “Vehicular right of way”…..