A Road Taxed Vehicle Trial (or RTV as it is commonly known) is an opportunity for a non damaging challenge. Taking place in a farmers field and off the highway it is suitable for both beginners and more experienced drivers in both “shiny” and more “well worn” vehicles. The principle is simple enough, drive between sets of canes, in the right order, without ceasing forward motion and without touching the canes. Once your front hub is through the canes you have cleared that “gate”. There is no time limit and it is not a race. 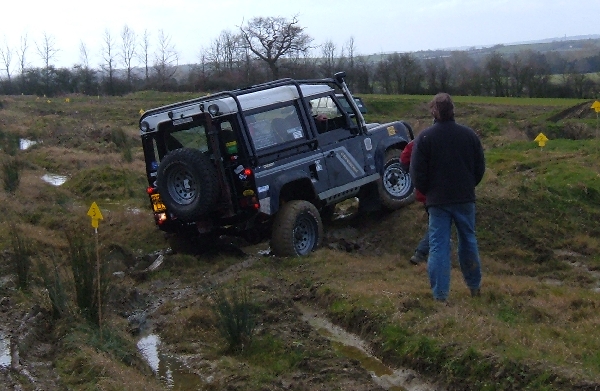 Roger (the club chairman) showing them how to do it – get stuck that is. This is called “cross axled”… 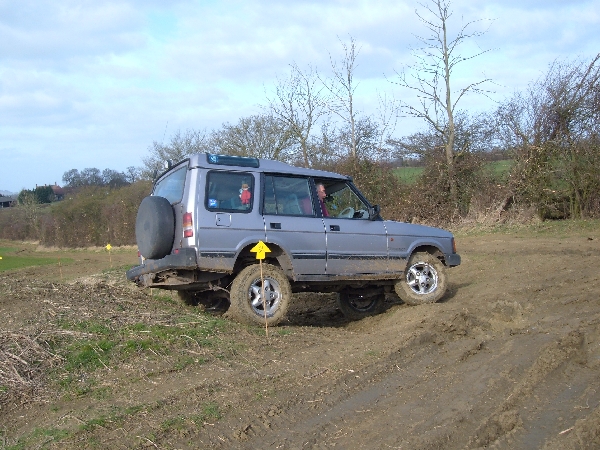 Andy in his Disco clearing a gate (Picture by Roger Taylor) 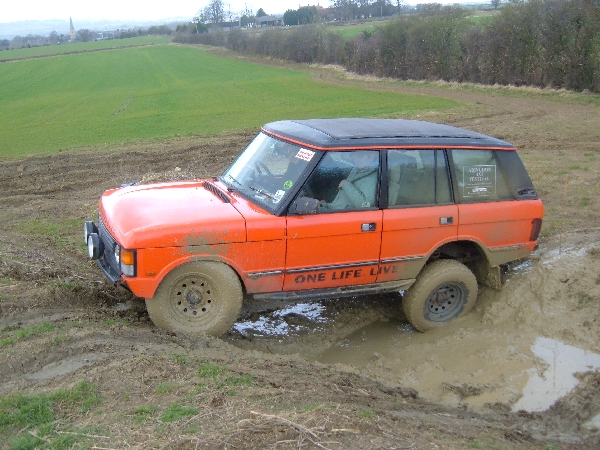 Tomo in the V8 Rangie, gets caught out by and is hung up at the back (Picture by Roger Taylor) 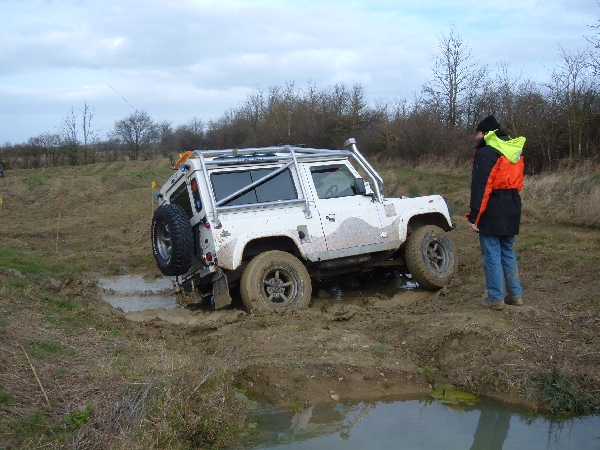 Jon gets stuck in the mud (Picture by Roger Taylor) 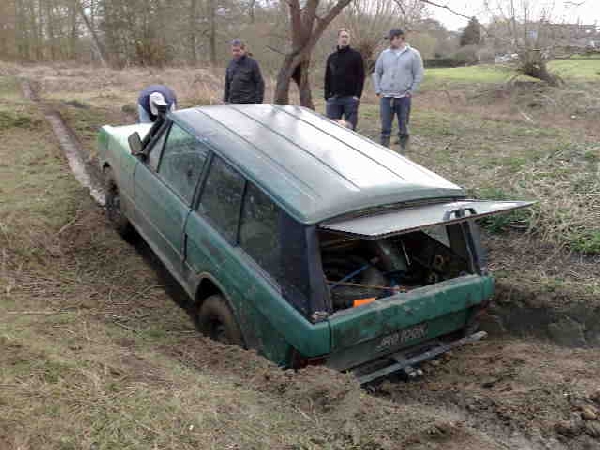 A rare sight, Pat stuck in the ruts in his concourse Rangie. (Picture by Martin Turner) 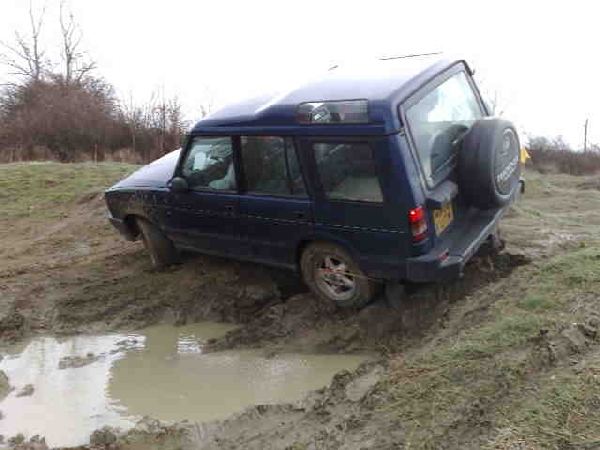 A Disco “Livin on the edge”. (Picture by Martin Turner) 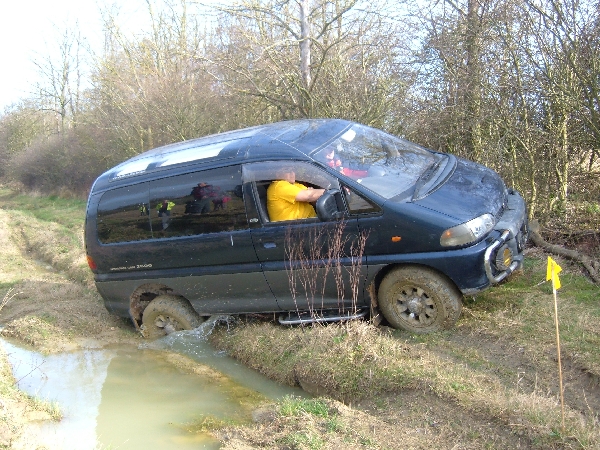 You see, we don’t just do Landrovers! Martin Turner at his first RTV has chosen a somewhat
unusual vehicle to compete in, a Toyota Delica (or Delia Smith as it is now known)
(Picture by Roger Taylor) 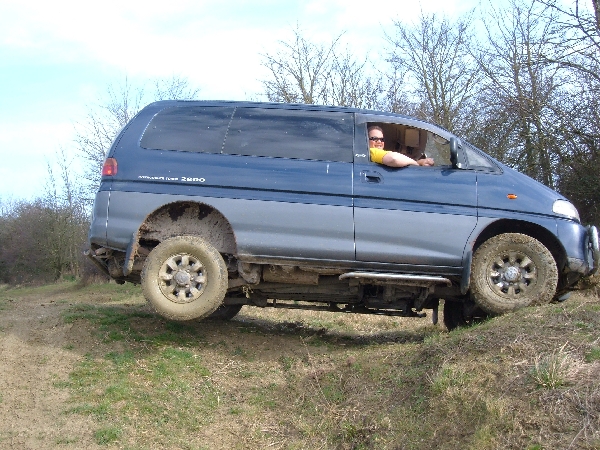 The Delica finally meets its match and cocks a wheel. (Picture by Roger Taylor) 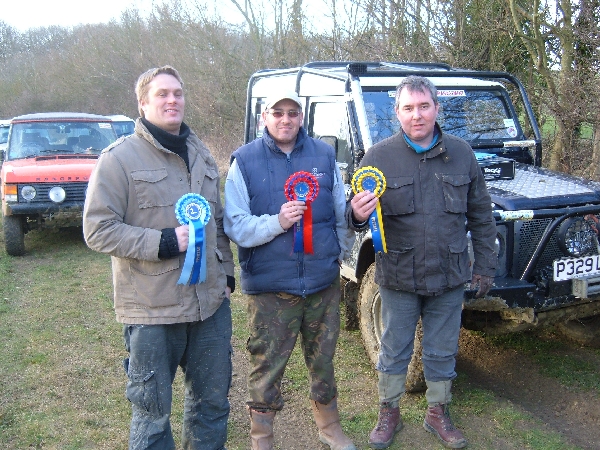 First place went to Jon, second to Tomo and third to Paul (a new member) 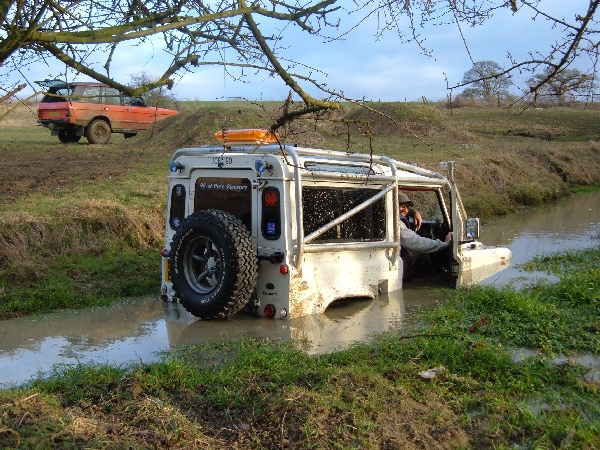 Once the event was over, Jon decided to go through the water splash, the plan was to wash
the wheels, but this doesn’t normally include the steering wheel! All was going well until he
lost traction – so who is going to attach the rope? (Picture by Roger Taylor)

Report by Bungle
This entry was posted in Uncategorized. Bookmark the permalink.