Small but select group, everyone else having been kept all weekend in to do extra Prep by old scraggy-arse.  Paul Stockford lead, with Steve Walsh in the Diskette, and me in caboose.

Weather had been warm and dry so most of the mud was in the special compact “just add water” form. Wish I’d taken a mask or scarf, SW spent most of the day in “Bandit” mode with face covered. 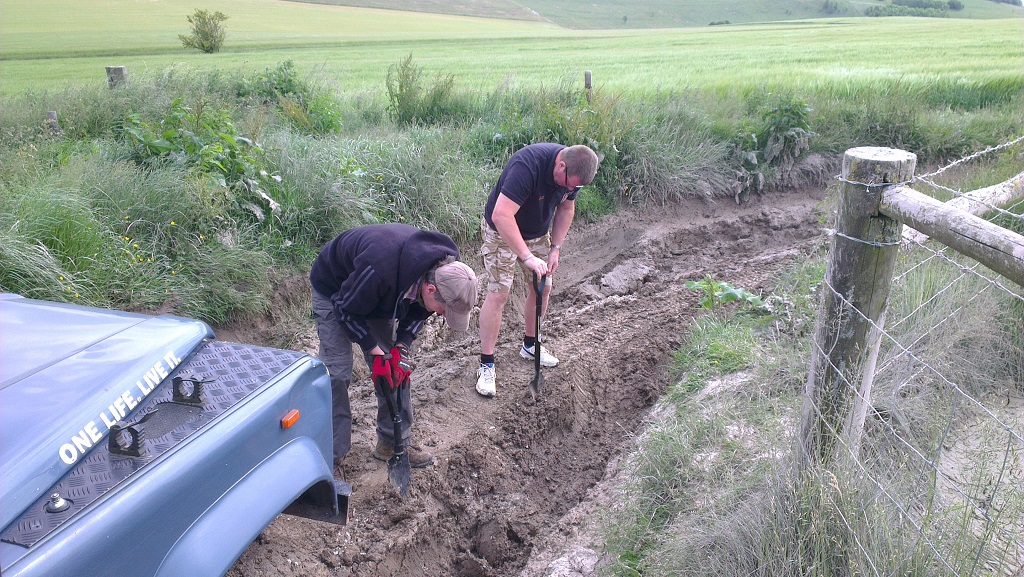 A spot of byway maintenance.

First lane, which we reached after avoiding all the sun worshipers starting their Solstice on Avebury hill and nearby, went well until that deep corner, which had been so deeply rutted that Paul grounded out. Steve pulled him back out then they set to with spades to lower the centre, or fill in the ruts, whichever way you choose to review it. Paul then made it through with only a little diff-dragging and a re-try. Steve took it a bit faster and made it in one. We split the difference – I was nervous of going at it too fast as I have no steering guard but managed to get though without bogging.

I would point out this lane had a sign at the start saying it was in “Voluntary restraint”. But we took a good look and, apart from this corner, it was hard as nails and we clearly weren’t going to do any more damage. Indeed, we actually improved this corner, though I fear it will ever be icky unless someone cuts a drainage channel… maybe next time eh?

The lane we took up to the plateau at Wilsford started off with a choice of two sets of ruts. Early progress up the deeper ones was good but then Paul found he was sat on his diffs once again. Once again SW pulled him back. Paul and I then switched to the shallower ruts, but Steve decided it was just in need of more oomph, and in he went. 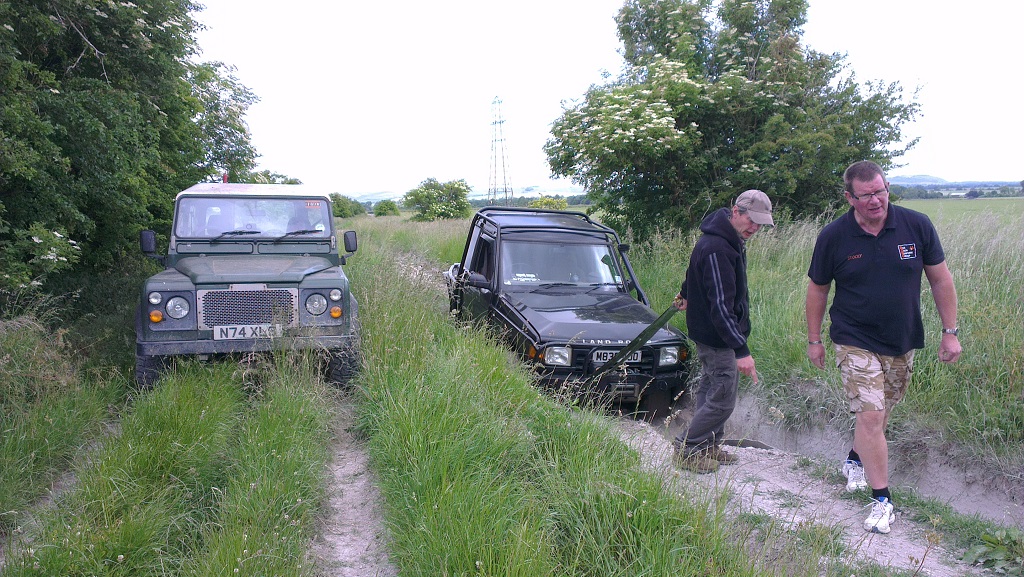 Steve giving up on engine power for lent.

He got to about the same point. This time Paul was on hand to pull HIM forwards through the sticky bit.

This lane continues to a steep stepped climb up to the plateau itself and this had been badly cut away. Paul made it about half way up, then stopped. After walking the rest to establish that the bit we were now stuck on was the worst, the waffle boards came out and proved sufficient to save the day. Getting back past the side of the vehicles against the steep banks was easier for Steve than for me!! 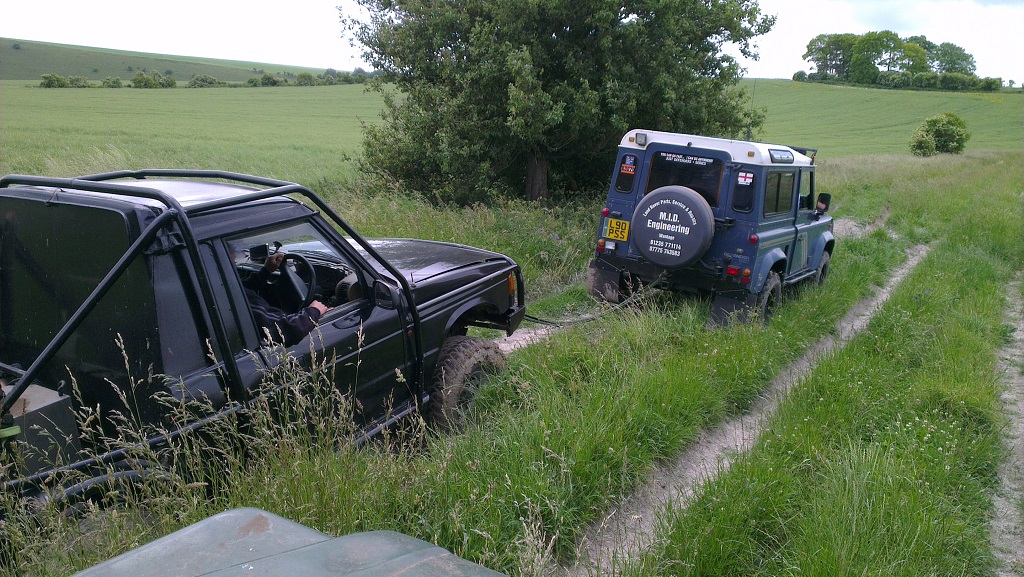 The boards went under the Diskette and Steve made it up then my turn.. made it half way up and ran out of go. Steve re-positioned the waffle board my back wheels were about to hit and then leaned in and said “just don’t roll back whatever you do”. Of course, folks will recall I have this trick transfer box that just loves to pop into neutral at the worst possible moment and it must have been listening… fortunately I caught it on the brakes before it dropped down the step and was able to make it up the tricky step on the next attempt – that’s once the giggling had subsided.

Lunch at the top of this was followed by lots of driving around the plain itself in the dust, with a couple of excursions to do farmland lanes around Collingbourne and Upavon. Eventually we all decided enough dust! We headed across to do the lane alongside Bulford Droveway (at last – some real wet mud that Paul doesn’t get stuck in!) and then called it a day.