Posted on September 3, 2016 by keithrichards

This is a rare opportunity to use this site 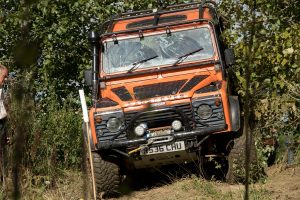 at the “Experience the Country” near Milton Keynes.
It was a fairly wet day whilst setting up the RTV course and yet on the day, it was a hot and sunny making it slightly easier going by comparison.
15 vehicles took part in the RTV challenge and so we were split into three groups. 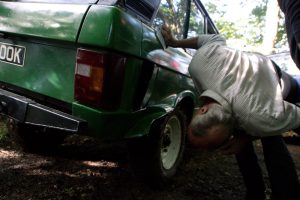 Now although the course was in tended to be none damaging, a couple of vehicles left the site in a different condition than when they arrived – however, nothing major. 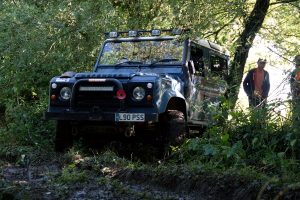 There were five courses laid out again which various types of difficulty spread across all of them. This makes it fun for all so that even if one course proves just too much, then there are others which are still worth attempting.
The first was just through the woods except rather going in a straight line down an obviously rutted route, we weaved in and out of the tree line. A particular test of skill is getting your wheels out of a rut to move back out into the tree line. Once in a deep rut, almost impossible to change direction other than just follow the way the ruts want to take out. 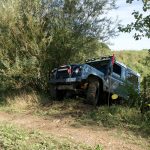 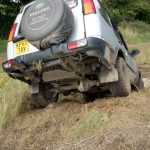 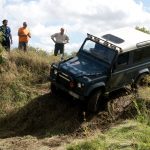 The second was in the next set of trees in a wooded area. Steeper soil banks to navigate and shake even those who are not usually faint hearted.

Third was a route jumping between a set of tracks on one side of a line of tree and another on the other side; taking in their stride a grass bank on the side of a water reservoir. This was interestingly challenging to get the line right. Fairly tight turning with little room for error without missing the gap between the gate/poles. The grass bank was easier during the day when dry but needed some speed when the grass was wet first thing since traction was usual for wet grass – not great. 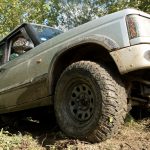 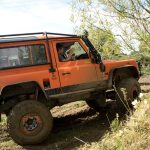 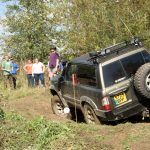 Going up the grass banks and turning left to come back down whilst at the steep bit, took a little nerve until you got used to the fact that your car nowhere near your tipping angle.
The last gate was OK to pass with just your hubs through but a few managed to get up the climb and all the way through.

Fourth was in the open air. A man made hill perhaps normally to demonstrate going up a steep climb in a 4×4 and then a steep descent. However, rather than taking the obvious route, we zig zagged left and right using the sides. This was seriously steep and managed by most. There was also a little water that was enough to wash the tyres but not much else. The pile of tarmac and hardcore made for interesting maneuvering and drivers needed to think about their line well in advance with four gates fairly close together with obstacles between each. 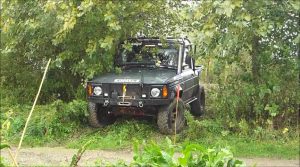 The fifth was up in the area frequented by 4×4 so deep rutted tracks crossing other tracks. Never to stick to the obvious, the course went through some bushes with some tight turns and obstacles to keep the drivers alert. 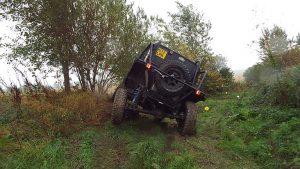 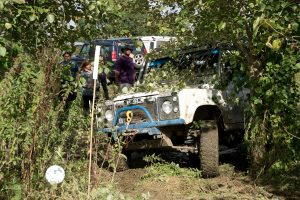 Class of Vehicle – Long Wheel Base: 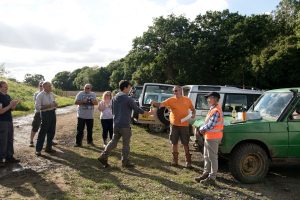