A good turn out to a day at the Brickhill site on Sunday. It is a site that some of us are familiar with but with so many new members to the club this year, it is a nice venue for people just starting their 4×4 ambition to experiment on. The site is mainly a wooded area and an open field, however it can be described as having several sections each offering different types of terrain and thus challenges for gaining skills. See the RTV write-ups for more detail on the type of ground, soil, grass, mud, trees, slopes, sandy soil etc. 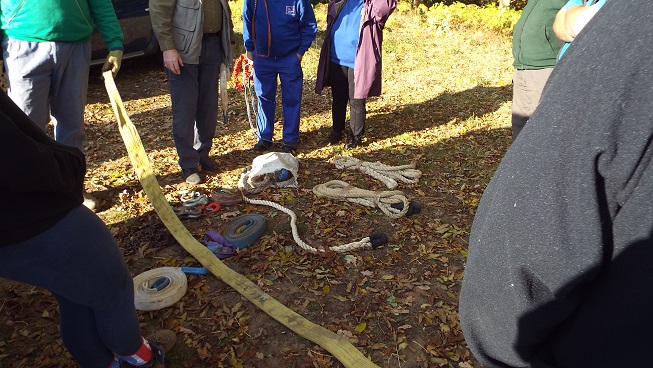 The day started with an open discussion on various items of equipment that the more experienced carry with them. This proved very worthwhile with many questions coming from new and old members alike.

We clearly have some knowledgeable people in our group as there appeared to be no end to the depth to the answers and technical information. It was appreciated by all. 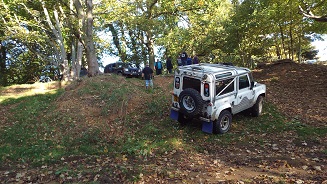 We moved on to an interactive demonstration of vehicle recovery. We drove Jon’s 90 around the trees and parked it at an angle on a slope – then pretended that the defender had failed and needed to be recovered up the slope. Everybody was engaged in this demonstration.

Get observation was taking place with open discussions about risks, mechanical stresses, practical methods and limitations of equipment. 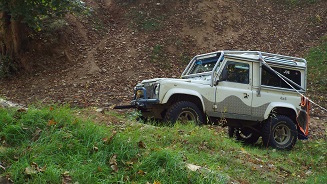 I’m delighted that there was consideration as to people if they were in the 90, even though joking about tea and cake. People are the main cause of problems in a real situation. We also pu ta rope on the roll cage to prevent a potential roll whilst recovering the 90 from the front. 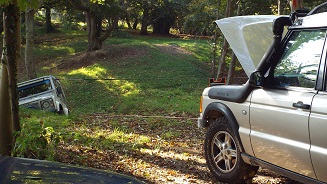 Full Health and Safety, recognised as being real risk of harm to people if anything doesn’t go to plan or if equipment should fail.

This was hosted so well that no one appeared to be afraid to ask what was going on and why; lots of interaction. 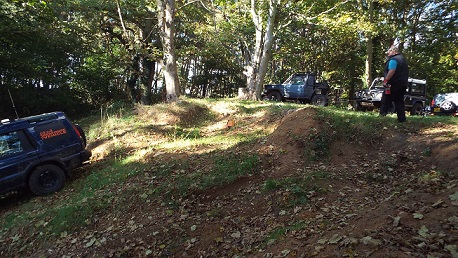 The second vehicle was a D2, to be recovered up in reverse on a nearby slope. The slope has a buried tree truck which made the final pull at the top that much more challenging. 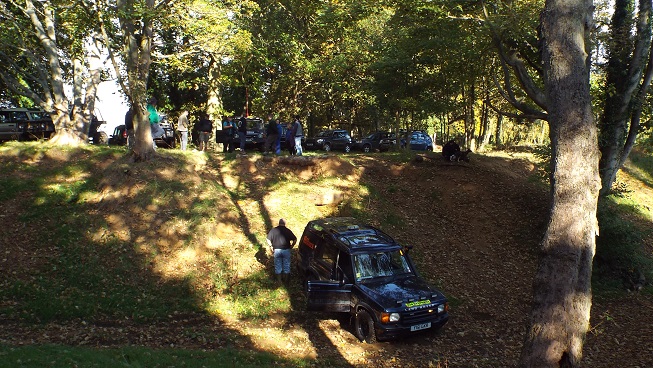 The start of this recovery was with a single winch which started to get hot, demonstrating the load of the pull. Two winches were employed with pulley block. Tremendous forces involved way above the physical weight of the D2 being recovered.

I’ve done some basic maths and the forces peaked in the region of seven tonnes of pull. This is a lot of force and some components in the recovery line of rope, hooks, shackles, pulley block, straps etc. would take the whole load rather than sharing this. 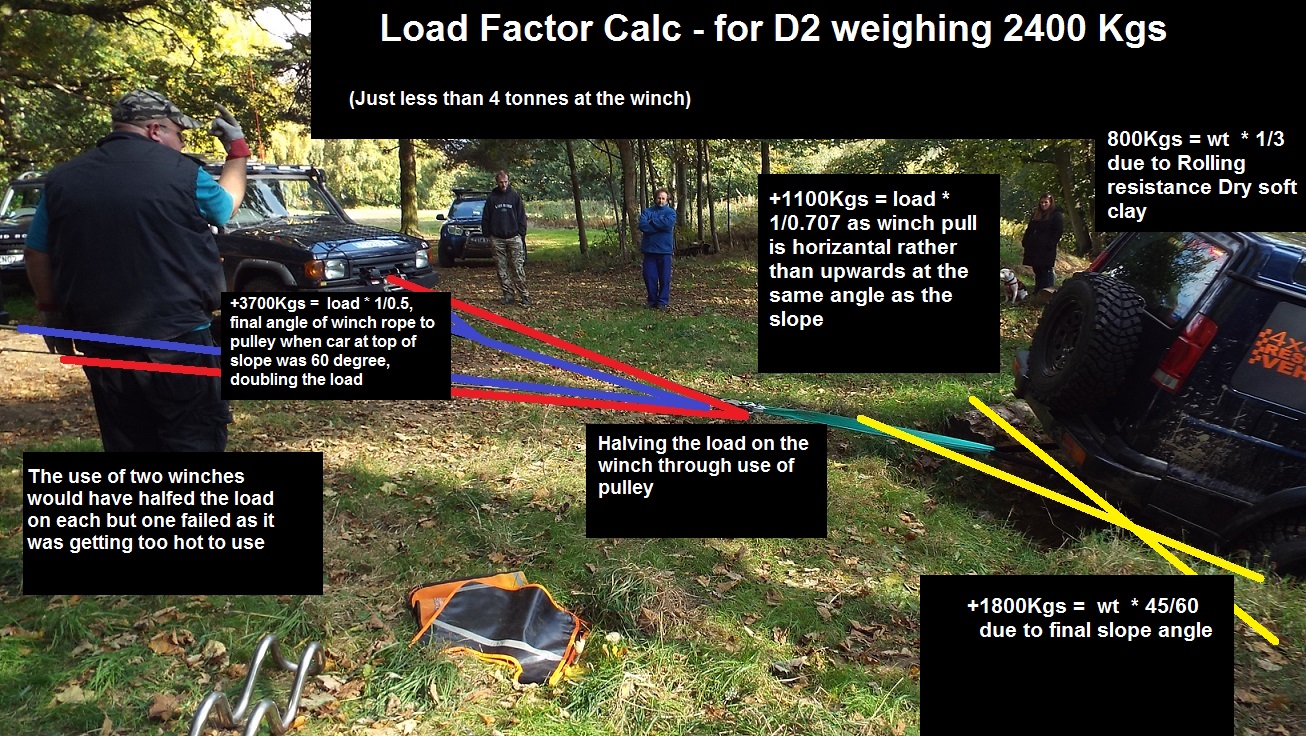 There was good explanation as to what was going on and how to double up the equipment to reduce the load on individual components. 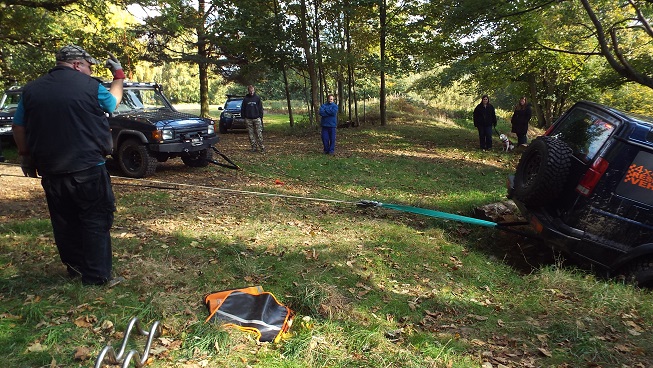 I’m pleased to see clarification on the hand signals for winch recovery. People who do not regularly work together as a team often have variations to the what they understand. We took discussion on this and collectively agreed what is obvious, why and thus likely to be more successful and less misunderstandings.

After the recovery, we broke for lunch and people then went off in groups to try out the land and challenges but also practise some recovery in what is a safe environment which skilled help and equipment easily available and not too far away.

All in all – an outstanding day and everyone got some benefit from it.