Posted on November 26, 2016 by keithrichards

Andy Collins organised a days green laning in the Cotswolds area. 6 of us met up in a layby near Sturdy’s Castle pub.

I was going to go with Pat Booth but his Range Rover was still in for repairs to the door pillar so I accompanied Andy. Roger Taylor was going to ride with Andy as his 90 sprung an oil leak from the oil pressure switch but James had arranged to fix it that Saturday so he couldn’t come. 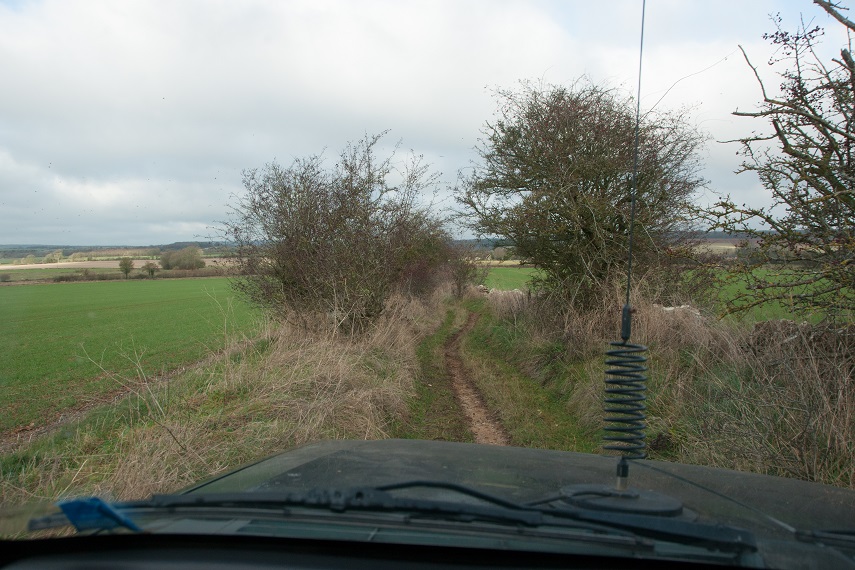 The first few lanes were easy on the vehicles & drivers as they were mostly farm tracks across flat fields heading towards Stow on the Wold. 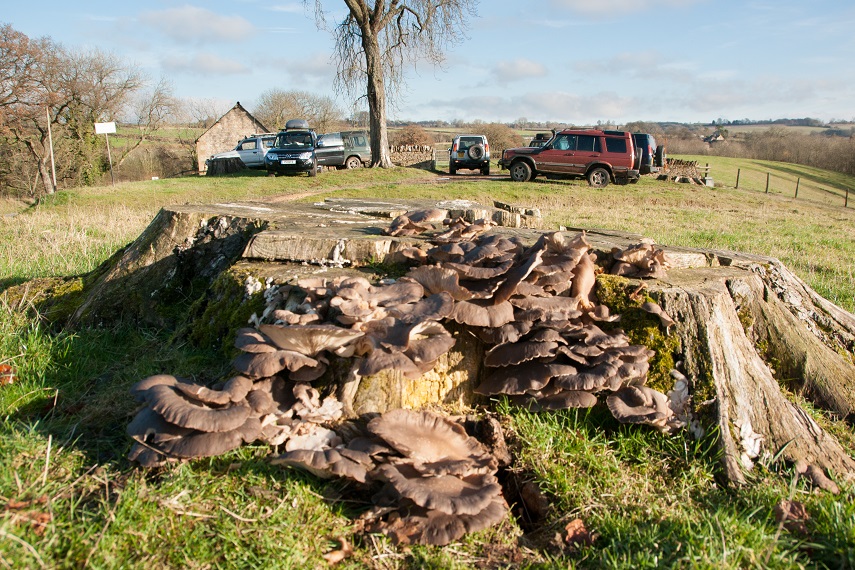 The scenery was amazing although it was a bit misty until just before midday. We found a beautiful spot for lunch & the sun shone although Joe & Paul did not bring any lunch, Mark kindly donated some of his. 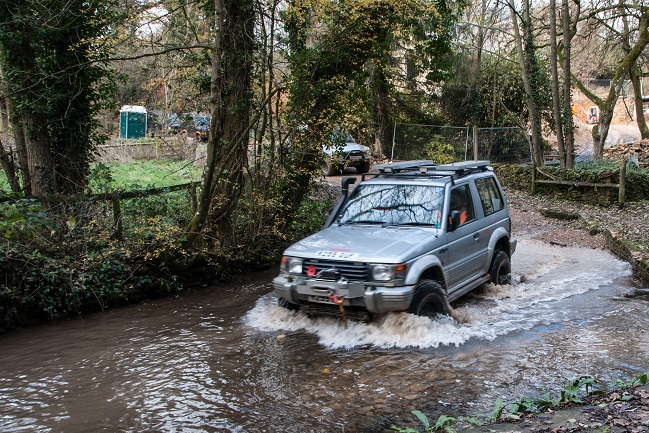 From Stow we headed towards Stroud passing Broadway tower on the way. Here the lanes got more interesting with adventures through Fords & along river beds. Nothing too challenging underfoot slightly rocky. 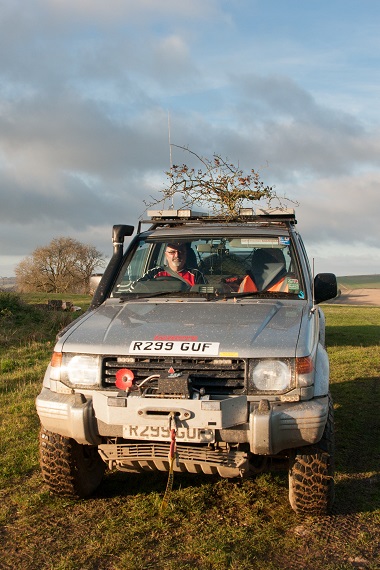 We did drive across a large field with a muddy incline & had to clear some remains of tree which was blocking the route when Andy did a recky. Mark somehow ended up with some on his roof.

Andy only needed 4 wheel drive on the steeper parts. The last lane of the day was done at dusk & was reasonably challenging as it was up hill and there was a fallen tree across causing a bridge effect to drive under.

Again Mark used his roof to good effect almost getting himself wedged under it, but with a bit of determination forced his way though. From here we all set off on our separate ways home. A good day was had by all. 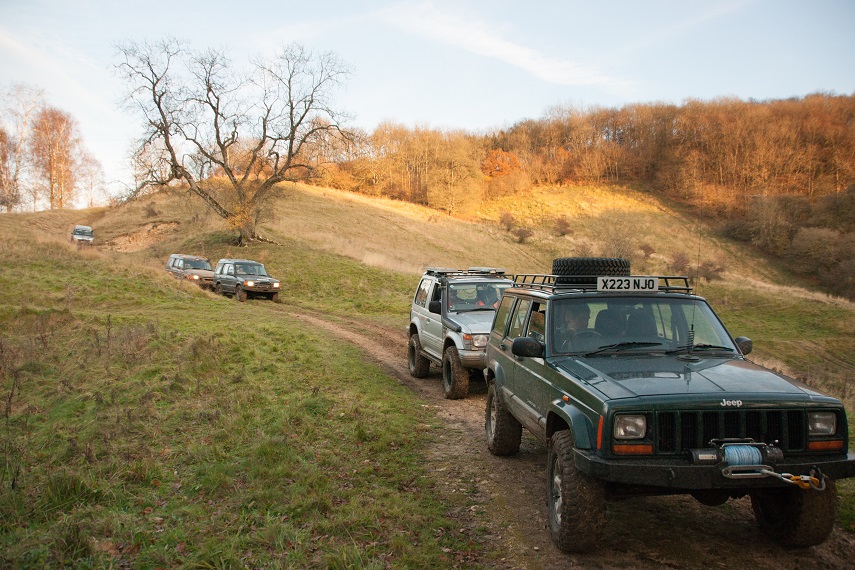 A big thank you to Andy Collins for reckying before hand and then leading us on a great days laning.