Posted on December 30, 2016 by keithrichards

Well here we are, on our annual BORG 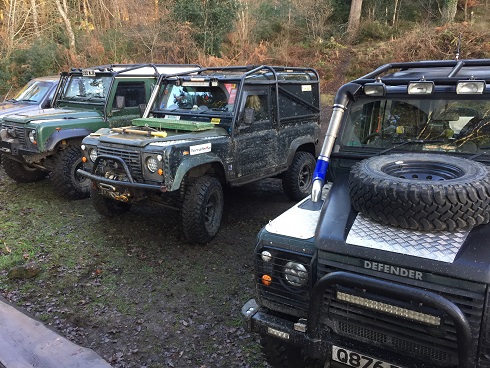 Christmas run, granted it is 0600 at Tesco’s car park in Bicester, but there is no denying, I’m really excited about the next three days. I know I’m not alone, the little cluster of BORG members are all full of chat and expectation about weather, routes, cars, preparation and well, put another way ‘come on let’s get going’.

Seven cars gathered in convoy, with James, Becky, Ellie, Olly, Paul, Bev, Simon, Roger, Andy, Matt, Julie and me and Devon here we come. the journey actually went by really quickly, initially cold and foggy, but by the time we took our breakfast stop, the sun was shining and it was warming up nicely. Here we’re joined by Jonathan, so  now eight cars head off to the first lane. Of course we divide the group in to two, so four in each. The first group Matt & Julie, Andy, Jonathan and myself and the second group James, Becky, Ellie, Olly, Paul, Bev, Simon and Roger.

Sun still with us the conditions couldn’t have been better, the lanes were every bit as entertaining as I recall from the reconnaissance trip earlier in the year, and the extras added in the finally planning were excellent. The trip was already a brilliant success by the time we reached the Travelodge, which turned out to be a great choice with nice coffee shop and nearby pub with good food and a warm welcome.

Day two began with frost and sunshine, the latter staying with us most of the day, so after a hearty breakfast, we headed out in the same groups. The route today was a seriously long route with loads of lanes, it is fair to say there was something for everyone, slippy climbs, axle twisters, narrow and even narrower lanes. 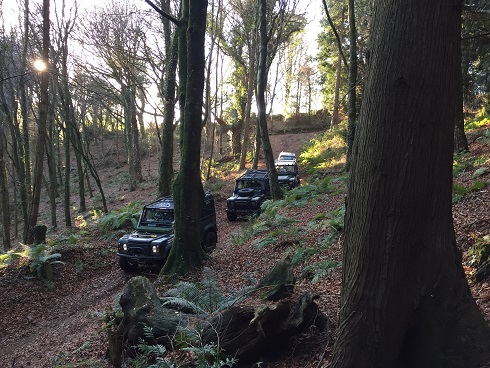 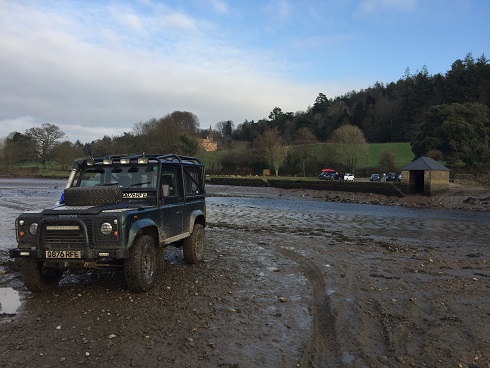 We also had proper river crossings and tidal fords, open moors and muddy ruts and a stop for cider.

The river in question was none other than the Tamar, so deep and a current to deal with, not to mention my TD5’s occasional resistance to getting a little damp, but all went well and over we waded and lunch in the woods. 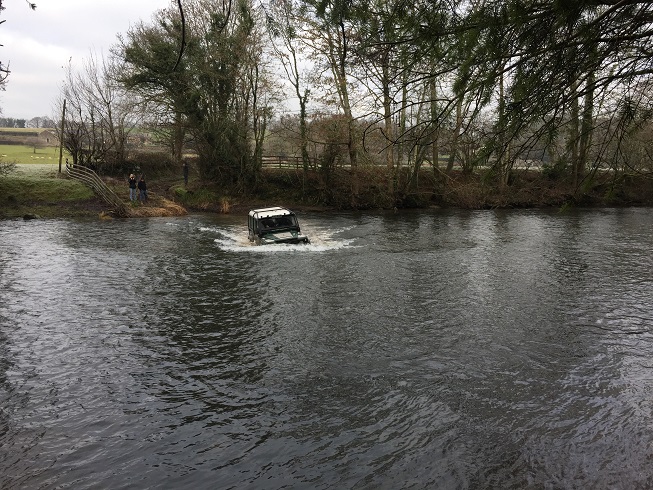 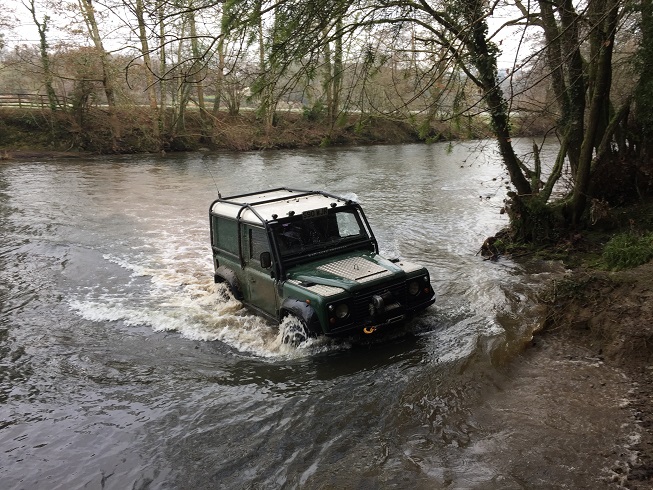 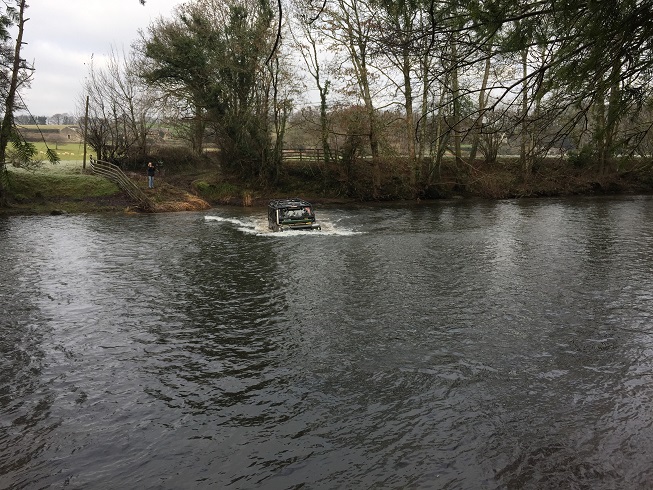 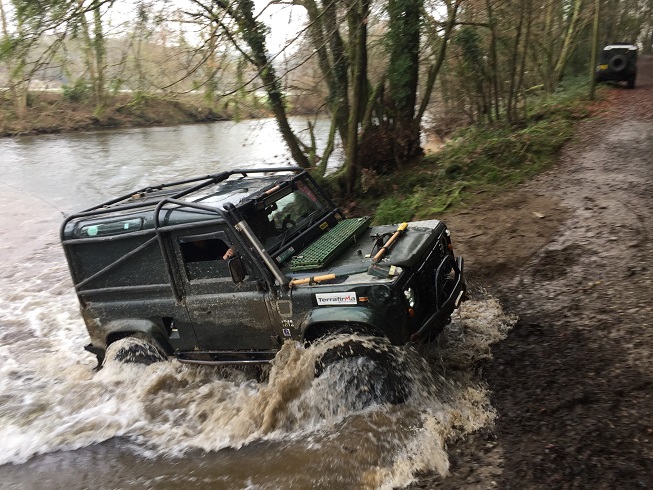 Later we would toy with another river and complete an interesting and particularly beautiful ford at Lopwell dam. 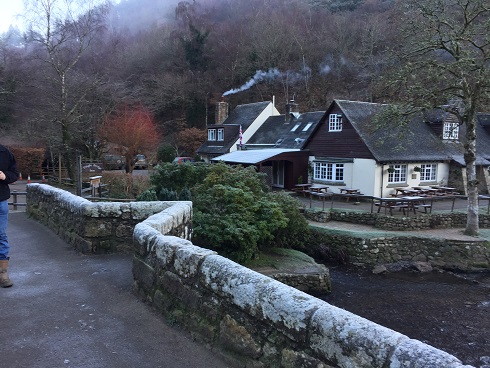 We did miss closing time at Fingles Bridge after an interesting descent and a seriously narrow bridge, 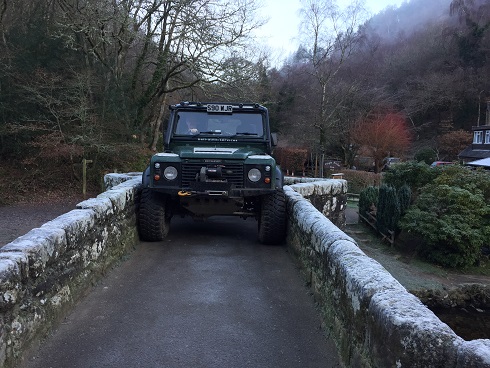 so consoled ourselves with more lovely lanes, as we moved through dusk into darkness and then returning to Widdon Down and the Post Inn for dinner. 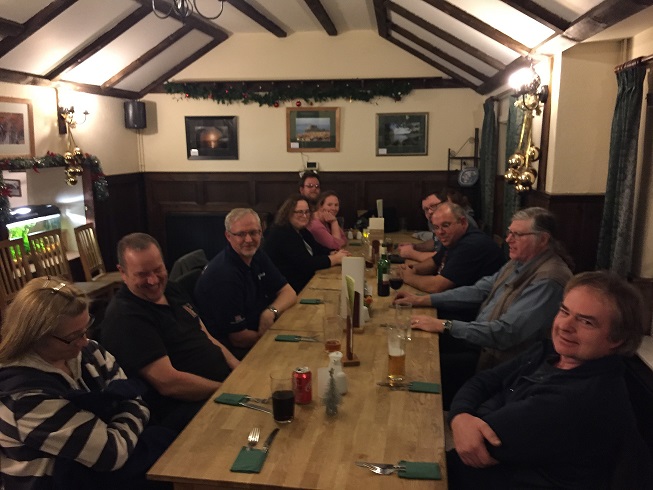 Great banter and tales shared over dinner and stories from both groups of near and not so near clearance of the odd obstacle. 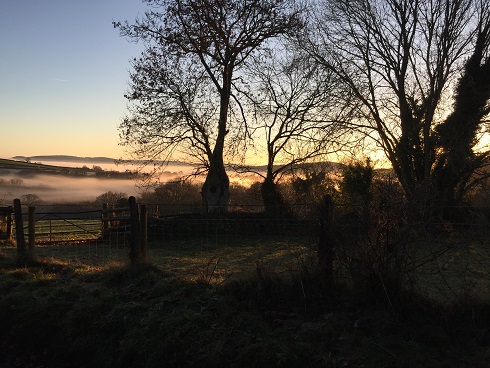 Day three, our last day and the need to head east, but not before some more fantastic lanes. The weather was once again brilliant sunshine, clear cloudless sky’s, crisp frost and when crossing the high ground between valleys, low lying wispy clouds that gave some beautiful and spectacular views across Devon. 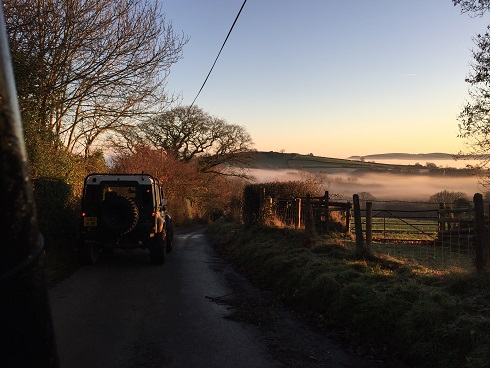 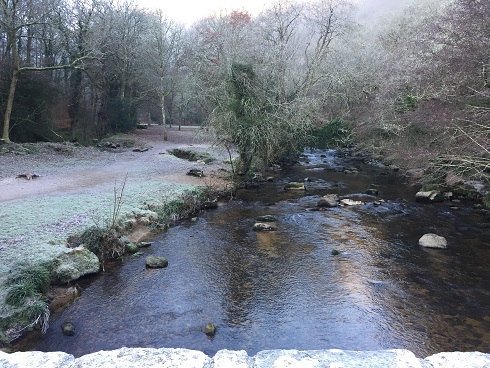 These lanes had not been driven by BORG before and the route picked out by Jonathan turned out to have some lovely lanes, again a range of conditions to deal with, tests of traction, judgment and width. Both groups met up at  Collumpton services before beginning the real homeward bound journey.

We did have a fantastic trip, the weather was a big help but mostly this was the best of laning in Devon, interesting, varied, challenging and above all none damaging, driver induced errors except-ed. 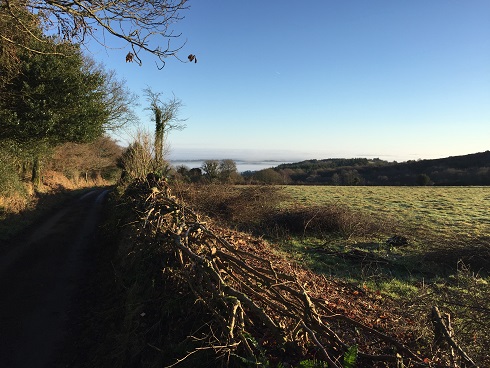 Having two small groups allowed us to cover the ground easily but not ever feeling rushed, so this felt like a proper holiday trip. The good news is that we barely touched the Cornish element of the researched lanes, so a excellent reason to return in the near future, and we will, so watch this space.

[Thanks Paul, for providing the laning report and photos.]