Posted on March 5, 2017 by keithrichards

Brickhill is a great RTV site. There is a variety of different types of terrain and ground surfaces to include in the courses.

The weather was not great – not a total down poor of rain but enough first thing in the morning to make the surface damp. Soil just stuck to the tyres, even those with serious mud treads struggled.

It was still a great turnout. 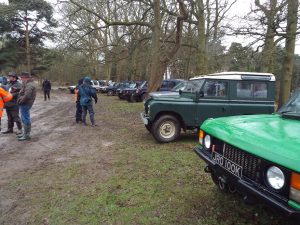 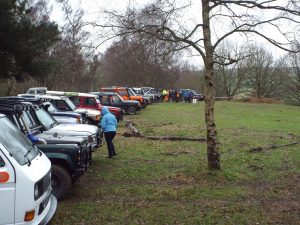 Four courses were laid out.

The first down an open area slope with a few dead leaves on top of dead grass and soil. Put on the brakes and lock all four wheels and just slide on down missing the gates. This was amazing to see as the slope is not that steep; 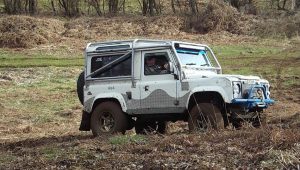 something on a dry day perhaps a regular car would drive up OK. If you didn’t lock the wheels and kept the engine braking to allow you to steer into the gates and through the trees, a turn at the bottom up through another pair of tree. Again, it is thinking in advance on this. You need speed where you lack traction and this ground was giving anything away. Big turn at the bottom of the slope and a sprint up the hill to get to the top for the half way marker. Those hoping to accelerate whilst going up the hill – didn’t get to the top!

The second half was tight through the trees and in and out a water hole that was more mud than water. 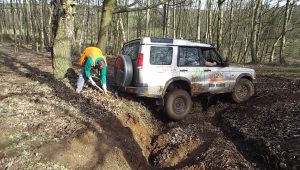 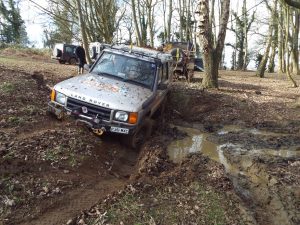 Most people lost momentum in the hole and couldn’t make the final gates. 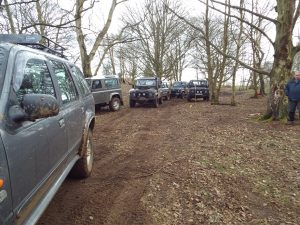 The second was down a similar slope as the first but forcing you to cut right past the first tree before hitting the next. A deep hole at the tree actually helped twist the car around. Some people got creative, taking large loops out away and back – all still within the rules so long as you don’t cross any existing tracks you make. This helped some but not others.

A couple got stuck with front bumper 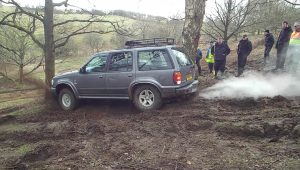 against the far tree and rear bumper against the near but the benefit of wet ground is it is easier to slide sideways ! 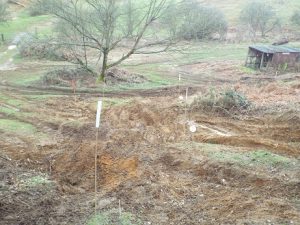 Crossing ruts through the gates was not for the faint hearted.

No one was near rolling over but that is not how it felt to the drivers doing the course. 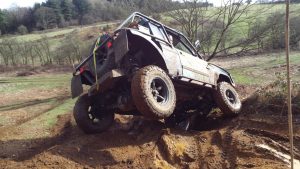 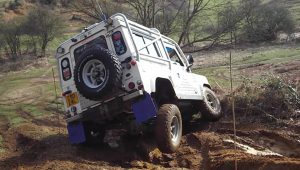 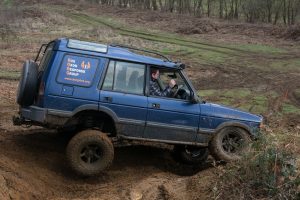 The third was near the entrance, a few well established trees with undulating sandy ground.

Turning tight around a tree and getting caught – with mud tyres, rapidly just digging in – producing a pile of sand soil behind each tyre. 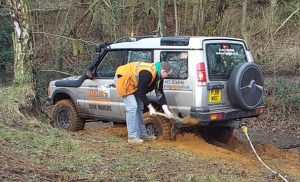 Once forward motion ceases, its game over and if the driver couldn’t make progress with momentum then there is no way to get forward motion again once stopped and dug in. 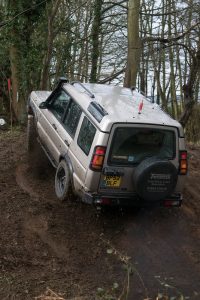 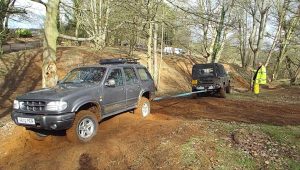 This was a thinking game – you needed to plan you route as the final gates played on the ability to get a front hub through the gate since there was no room for the whole car. 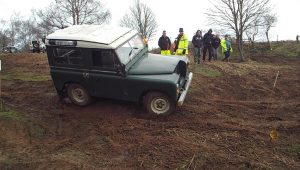 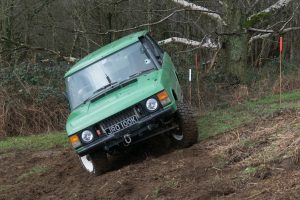 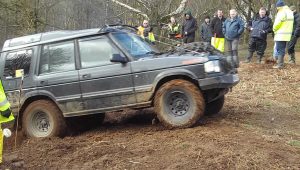 The last was in the open grassy area with the water – although we were intending to avoid the water.

A couple of innocent looking gates, easy to do on a dry day. This Sunday, it was different. If you got too near the water, the soil offered no support and most then chose to exit through the water. 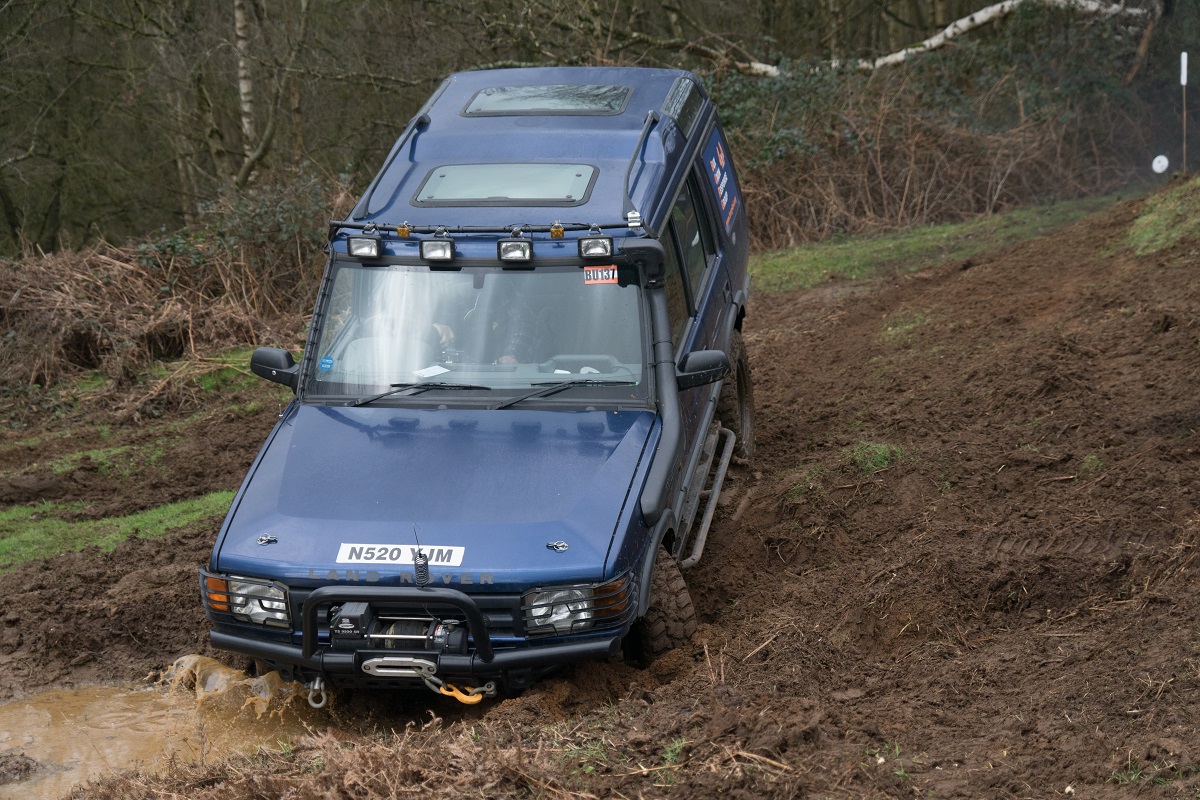 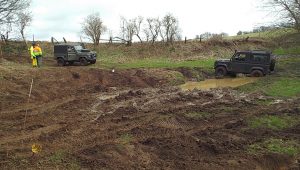 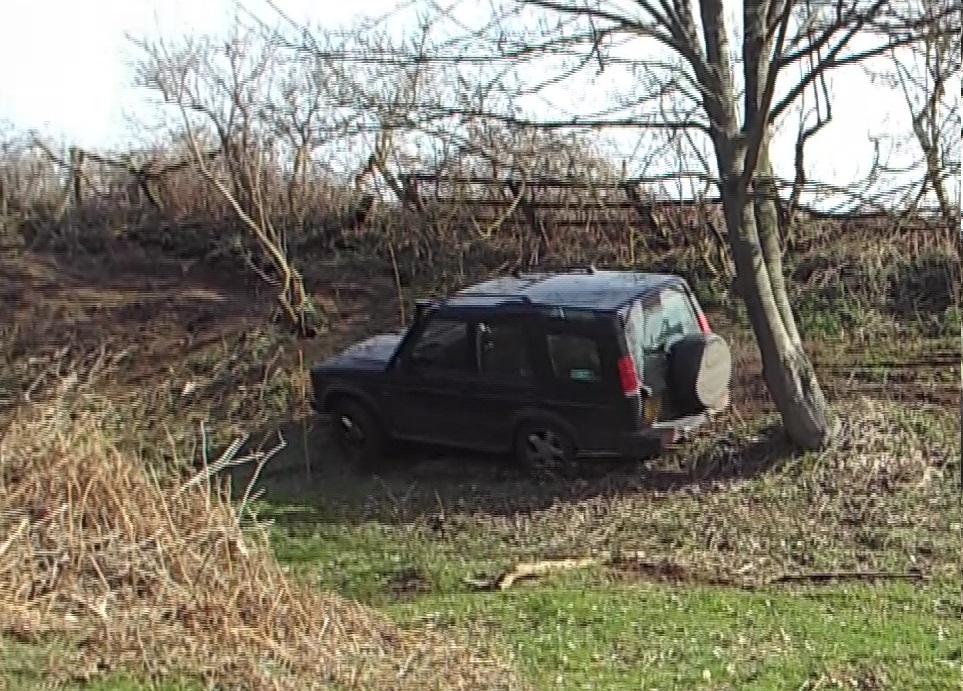 Loop around a tree and the slope meant you slide sideways more than you make progress in a forward direction. 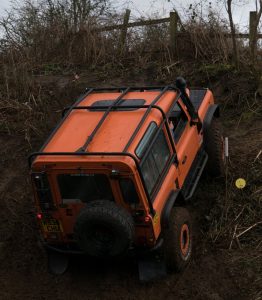 The last gate was a tease. It was up a slope ending with the boundary fence. The offer was on – get your vehicle past the gate and James will offer you a reward.

Well – James demonstrated that it was possible. 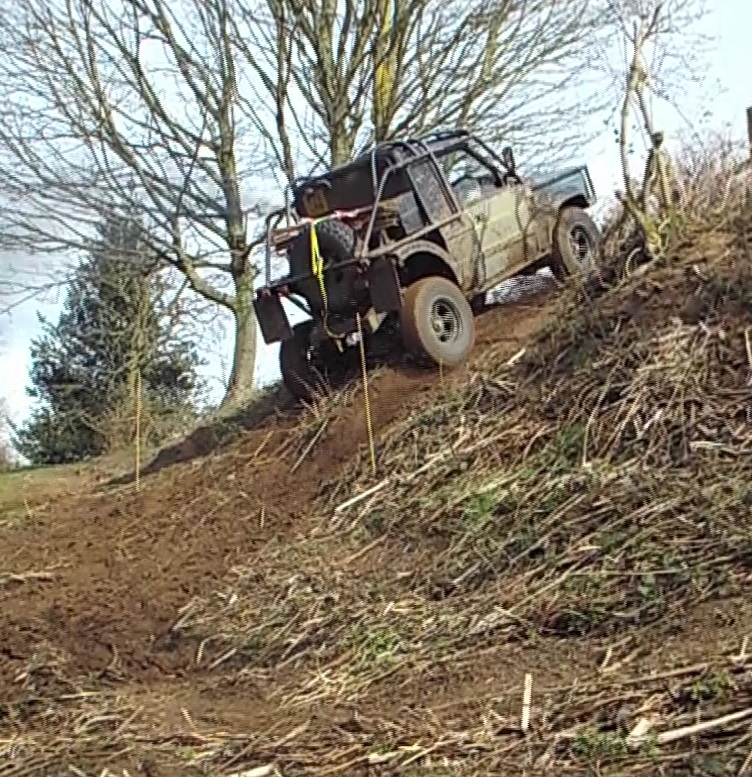 A really good day and the weather was fairly kind during the event.

The rest of the people taking part scored points ranging from 26 to 35.

Thoroughly enjoyed by all, both the people taking part and the spectators who were similar in number.