Bought back in 2005, Limey was in a sorry state having been used for transporting crew in/out and generally about in a Lime quarry (hence ‘Limey’!). Limey was rather… well Limey! to say the least. Lime was embedded into the paint and in every nook and cranny. Originally Limey was a 1989 VW T3 Transporter Kombi Syncro 16 2.1 Petrol Transporter with optional front diff-lock. (Syncro 16s come with rear difflock as standard)
After collecting the van from Germany on a trailer, I worked on getting it through an MOT and registered. By the time I bought it, the 2.1 had been replaced by a 1.9 2WD engine, the front diff was dead (in a metal mincing machine type way) so another was sourced and fitted. The propshaft was also dead and replaced when it was found that the Viscous Coupling was very tight so had to be replaced also! Don’t you just love Syncros!
Once registered, the 1.9 Petrol engine was sold and I installed a 2.5TDi 5 Cylinder Engine from an Audi A6 (1995). I rebuilt the gearbox and front diff to suit, upgraded the brakes, Westfalia California interior and pop-top fitted and lots of other bits and pieces modified. Please follow this link to see much much more detail Limey the Syncro 16 Westfalia. This is now (ahem, 32 pages long) so grab a cup of tea and biscuits! 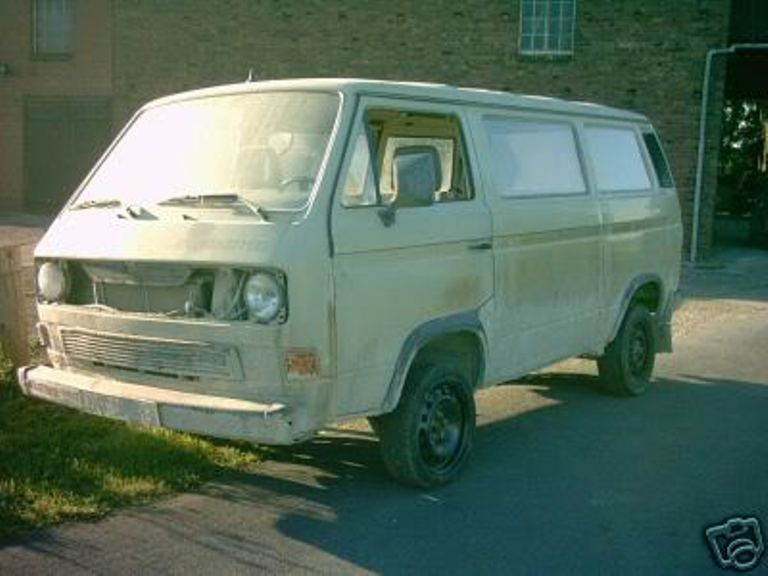 A photo from the original ebay auction! 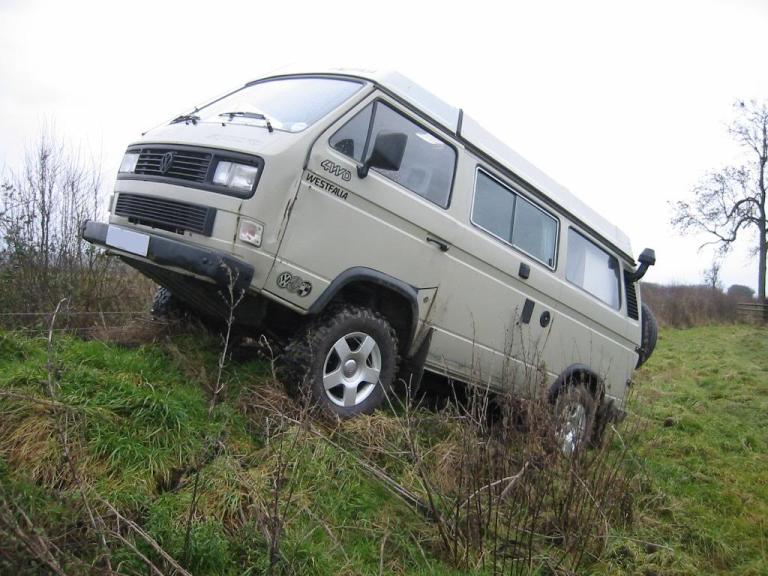 Looking a litle better with camper interior, roof etc and some Grizzly Claws! 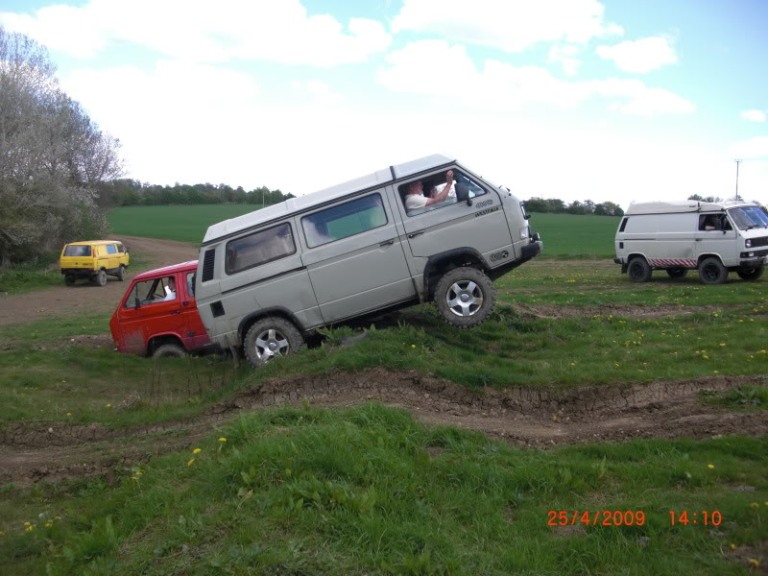 Limey has the ability to lift a wheel or two 🙂 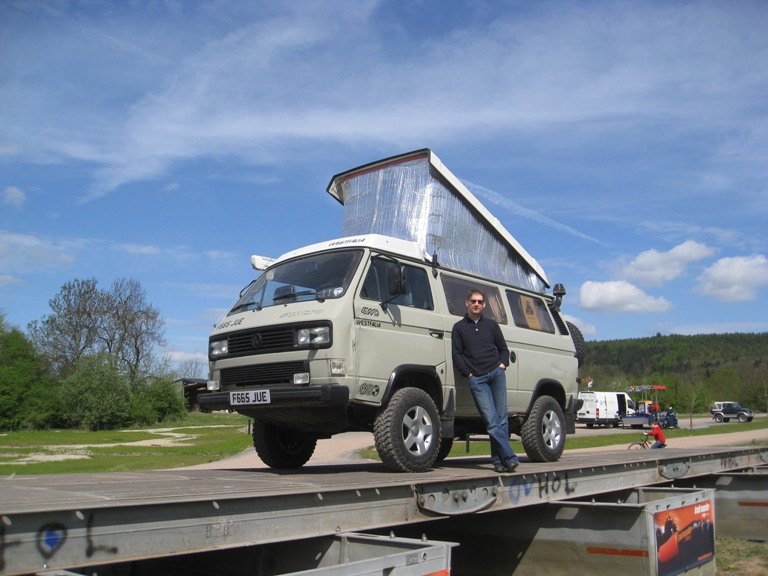 Limey after having won the highest Syncro (most ground clearance) at Syncro 25 years – a show in Germany to celebrate 25 years of the VW Transporter T3 Syncro going into production. Limey beat over 500 other Syncros to first place!

As you can see, Limey has grown over the years (literally!) but has also had it’s share of ups and downs. Just say the word ‘Gearbox’ to me and I start to froth at the mouth!