Originally purchased by Central Networks Electricity Board (now EON), this was a Landrover Special Vehicles build Defender 130 with a Quadtech box on a chassis cab spec for use as a mobile workshop. Fitted with 110v 3Kw Electrolux Travelpower generator on the engine, oven (hence the name “Pasty Waggon”), hydraulic winch and power take off (now removed to save weight), Eberspacher heater in the rear box and two large ladder racks on the roof. Its current owner is Waterway Recovery Group who use it to tow plant and generators around as well as carry kit and do on site plant repairs for their volunteers (see www.wrg.org.uk for details) but Bungle looks after it for them. Although fitted with large wide tyres, the weight and top heavy nature of the vehicle means that its off roading ability is limited (it was bought primarily as a towing vehicle) though it is useful for getting on and off slippery fields when attending waterway festivals. Bungle did once take it to an RTV where he came best in class (though he was of course in a class of his own – no one else was that stupid!). 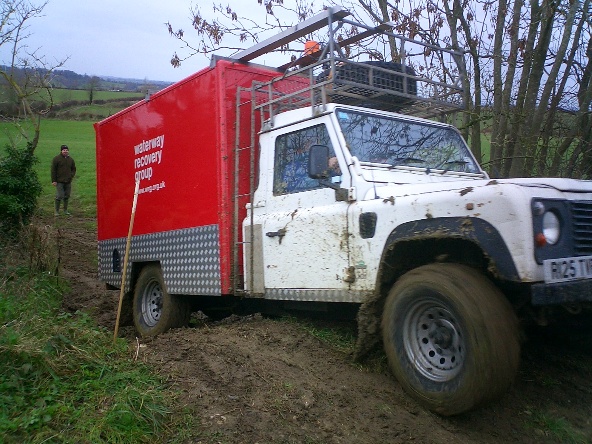 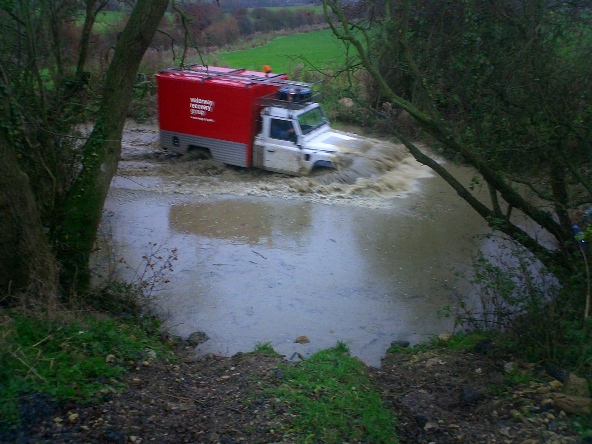 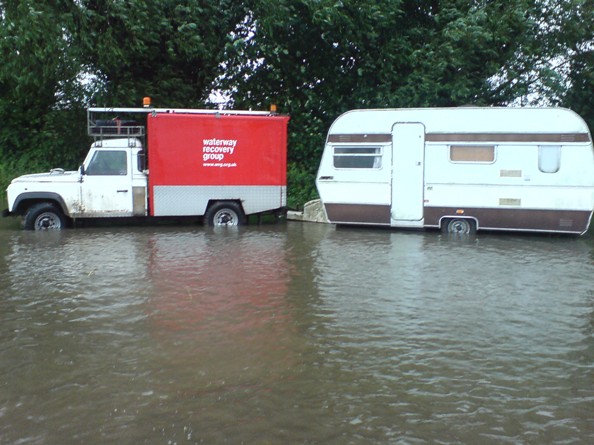